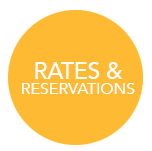 Agua Amarga is on the east side of the Natural Park of Cabo de Gata, which has over 50 miles of coastline in the southeast of the peninsula.

Formerly the coast was coveted by various Mediterranean people because of its mineral wealth. Its ports were visited by commercial expeditions Eastern Mediterranean. Its terrain and the lack of an adequate network of roads in the past, have contributed to the maintenance of the area outside the influence of mass tourism.

It has a subtropical desert climate with over 3,000 hours of sunshine per year and the minimum rainfall of Spain.

Therefore, Agua Amarga and all the Cabo de Gata offer endless possibilities perfect for a nice holiday in the Coast of Almeria.